Cera Gunboats are small anti-Ryder craft left from the remnants of the Ceran Navy. They are equipped with a standard assault cannon and an suppressive fire ability. The suppressive fire ability reduces the evasion points of any enemy within 3 hexes, making it useful against nimble hostiles. The gunships themselves are also very nimble and fast, making them similar to Icari's Phoenix without the blades. Tactics include either using them as an addition to your flak screen in formation, to pin down enemy ships for kinetic fire, and/or as a wolf pack of several gunships to hunt down support Ryders in conjunction with Sola.

Modest damage even by assault gun standards, but the gunboat can put out a decent volume of fire, especially when attacking repeatedly. Ineffective against armoured targets.

Reduces evasion of target enemy by 25 points. A highly useful ability, often better than the gunboat attacking the target directly, although it expires when the enemy phase begins. 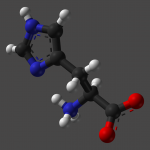