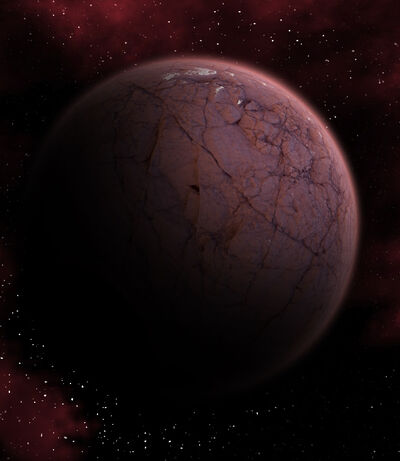 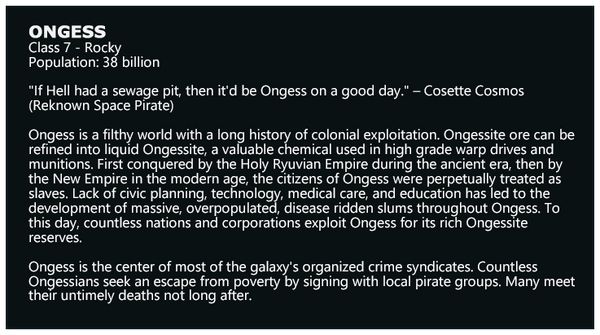 Ongess is a planet located in the Neutral Rim, and the source of the valuable material ongessite. It was controlled by the Holy Ryuvian Empire and then the New Empire until their respective downfalls, then captured by the Solar Alliance from PACT during the Alliance-PACT war.

Though nominally a class 7 world, catastrophic environmental damage caused by uncontrolled ongessite mining during the Imperial period has turned Ongess into a bare rock, and the planet's massive population of 38 billion people is crowded into slums. Since capturing Ongess, the Alliance has been supplying some amount of much-needed aid, while extracting as much ongessite as they can for the war against PACT.

The pirate Cosette Cosmos operates from Ongess (which is also her planet of origin, and has been fighting against the Alliance occupation forces.